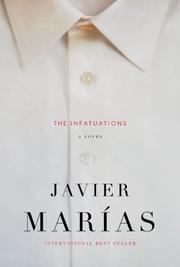 An apparently random street murder sparks musings on shades of guilt and the mutability of truth in the distinguished Spanish writer’s latest (Your Face Tomorrow: Poison, Shadow, and Farewell, 2007, etc.).

For years, María Dolz has idealized Miguel Desvern and his wife, Luisa, as the perfect couple, basing this image on the loving interactions she observes at the Madrid cafe, where she has breakfast before heading to her job at a publishing house. (Marías pokes fun throughout at authors’ vanities and quirks.) After Miguel is stabbed to death by a deranged homeless man, María introduces herself to Luisa and through her meets Javier Díaz-Varela, a family friend devoted to helping the shattered widow rebuild her life. María and Javier embark on an affair, but when an overheard conversation reveals that Miguel’s death was not what it seems, the lovers engage in a long conversational fencing match. Did Miguel ask Javier to arrange his death because he had a horrible fatal disease? Or did Javier incite his best friend’s murder because he coveted his wife? As always with Marías, there are no definitive answers, only the exploration of provocative ideas in his trademark style: long, looping sentences (superbly translated by Costa) that mimic the stuttering starts and stops of a restless mind. It’s no accident that María’s and Javier’s first names combine to form their creator’s full name; they voice his consciousness. Marías’ rare gift is his ability to make this intellectual jousting as suspenseful as the chase scenes in a commercial thriller. He’s tremendously stimulating to read; arresting turns of phrase enfold piercing insights, such as an overbearing character’s “charming Nazi-green jacket” or the dark vision of “continuous, indivisible time…eternally snapping at our heels.” Though eschewing overt political commentary, the novel makes crystal clear the bitter contemporary relevance of someone who believes guilt can be evaded through “murder-by-delegation.”