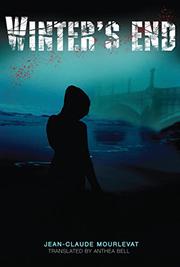 Growing up in a dystopian society reminiscent of mid-20th-century Europe, four teens move from darkness and despair to light and hope as they pursue freedom. Best friends in their repressive boarding school, 17-year-old Helen and Milena bond instantly with Milos and Bart from the neighboring boys’ school. Together Milena and Bart escape, tracked by dog-men trained to kill. When they discover their parents were assassinated as Resistance leaders 15 years earlier during the Phalange’s brutal coup d’état, Milena and Bart vow to return and fight rather than flee. Finding refuge in the resurging Resistance, Milena inspires all with her beautiful voice while Bart rallies horse-men as allies. After Milos is held captive in a gladiator training camp, Helen joins the heroic uprising hoping to find him before it’s too late. With its ironic twists and moral dilemmas, the action-packed plot darts from one protagonist to another with compelling urgency. Bell’s fluid translation captures the peril, power and pathos of this truly epic drama in which four young heroes taste love, camaraderie, grief and triumph. Bravo! (Fantasy. 14 & up)