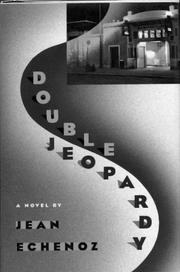 ``Everything will come in twos,'' announces geomancer Bouc Bel- Air to Paul Bergman, one of the placidly nondescript heroes of this waggish fantasia circling vaguely around themes of lost love, friendship, wandering, and curiously weightless felony—most of them appearing, yes, in twos. Let's see, now. Paul and his friend Bob, both in languid romantic pursuit of Justine Fischer, run afoul of comic-opera Belgian ganglord Lucien Van Os and his witless hangers-on Plankaert and Toon—who press them into running guns on the ailing steamer Boustrophedon, bound from Le Havre for Malaya, where Paul's uncle Jeff Pons (``the Duke'') has been maintaining his power as overseer of the Jouvin rubber plantation by encouraging the Aw brothers, Aw Sam and Aw Aw, to organize a labor movement just efficacious enough to be menacing. Meanwhile, Jeff and his longtime friend Charles Pontiac—who's gone underground in the Metro, surfacing only to pick up his laundry—are linked by their pursuit 30 years since of Justine's mother Nicole, who rejected them both for an aviator who promptly crashed near the Duke's plantation. (Any questions so far?) Despite a plot that includes a mutiny and a counter-mutiny, a bank robbery, two kidnappings, and a touching reunion between the Duke and his long-lost nephew, every melodramatic incident is served up with an understated spin that cancels it out, and the characters, in all their undying friendship and unrequited passion, have no more solidity than Baby Love, Nicole's Pekingese—so that it's not really surprising when Paul, rescued by Charles and Bob, agrees to give his kidnapper a lift back to the 14th arrondissement. Full of little twists and crackles of linguistic static, courtesy of Echenoz and his faithful translator, that stand in for the traditional rewards of the narrative contract—very much in the elaborately inconsequential manner of Echenoz's apparently one-of-a- kind Cherokee (1987). Raymond Queneau, meet Gilbert and Sullivan.