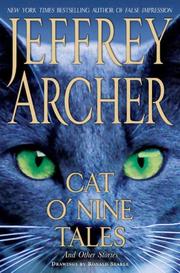 All 12 of these stories, the author insists, are based on actual incidents, nine of them anecdotes he picked up during his two years as a guest of Her Majesty. Many of the tales involve scams. A thief manipulates two acquisitive brothers to run up the price of a fabled chess piece. A middle-class couple plunders the post office in which they’ve invested when its status is downgraded. A lorry driver agrees to so many smuggling schemes that they become his life’s work. An accountant and an events arranger conspire to upgrade her salary and launder the proceeds at the roulette table, and a Florentine restaurateur takes a more literal approach to laundering his income. Even criminals aiming higher, or lower, are equally ingenious and unsuccessful. A man poisons his inconvenient wife during a visit to St. Petersburg by hiding the “Don’t Drink the Water” signs. A prisoner breaks out of a minimum-security jail to kill his girlfriend and her current lover. A retiring Bombay police commissioner gives an incorrigible swindler a second chance by hiring him as a file clerk. Any of these stories would make a terrific anecdote in a crowded bar, but none of them is heartfelt or ingenious enough to stand on its own as an offering to strangers asked to invest serious time and money. The same goes for the items that didn’t originate in prison dialogues: a Greek paterfamilias accidentally killed at a wedding he’s graced with his presence; a second marriage that reveals exactly why an old friend was drawn to his wealthy behemoth of a wife; and a judge’s stratagem for dealing with a wife determined to bankrupt the husband she’s divorcing.

Could have benefited from more fictionalizing.