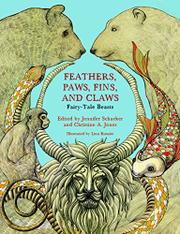 Reaching for an audience that is, as the editors put it, “beyond childhood,” the collection is introduced with an eye-opening analysis of “Little Red Riding Hood” (Perrault’s actual wording, it seems, hints that Little Red and the wolf weren’t exactly strangers) as part of a broad claim that fairy tales are often transgressive. The ensuing mix of original and traditional stories, all either written or first translated into English in the Victorian era, includes tales both familiar and un-. There’s “East o’ the Sun and West o’ the Moon”; “Ballad of the Bird-Bride,” which is a selkie variant featuring a sea gull; a “Puss-in-Boots” antecedent (“Costantino Fortunato”) from 16th-century Italy; and a Punjabi tale about a rat who almost parlays a bit of found root into marriage to a princess. For younger readers, the highlight is likely to be Joseph Jacobs' rendition of “The Story of the Three Bears,” as the home invader is not Goldilocks but a foulmouthed old homeless woman. But the selections are held up more for analysis than enjoyment, even Madame d’Aulnoy’s “Babiole,” which makes for labored reading despite an eponymous princess who spends most of the tale as a monkey. Kusaite’s visual jumbles of patterns and textures are as mannered as the 19th-century prose.

Provocative fare for students of the themes and tropes of literary and traditional folk literature.