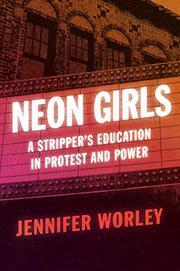 A Stripper's Education in Protest and Power

A former sex worker's chronicle of her days hustling at a legendary San Francisco peep show serves as a piercing examination of gender politics and a gritty insider’s account of union organizing.

Like many of her colleagues at the Lusty Lady Theatre, Worley, an English professor, had a greater vision for herself when she began working as an exotic dancer in the 1990s. Working on her doctoral degree, she had just embarked on a new career in academia, entered into a promising new relationship, and expanded her circle of friends. At the same time, she realized that stripping could theoretically give her the time she needed to advance her studies. What she did not fully understand, however, was just how much the Lusty Lady gig would demand of her body and soul. Worley adroitly captures the devastating dichotomy of feminist power running headlong into the realities of work built around the whims of men. “Despite my now-proficient skills combating licking...and bossing around, I was unprepared for this new indignity, this blatant, wholesale rejection,” she writes. “I felt a commingling of shame and fury at being discarded so perfunctorily by someone I was, after all, pretending to like in the first place.” The economic exploitation the author was to experience on the Lusty Lady stage and in its darkened, secluded side booths could not be ignored. Worley’s dynamic campaign to organize the performers into the Exotic Dancers Union could be used as a primer for unions nationwide, as her spot-on account of the battles between management and workers is as relevant now as it was 25 years ago. The author also demonstrates a deep understanding of trade unionism’s extensive roots in burlesque and respect for those who came before her, including iconic figures like blacklisted “communist” Gypsy Rose Lee.

A vivid and erudite exploration of class struggle and gender identity.