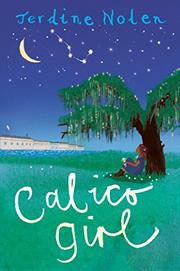 A young enslaved girl embraces the promises and uncharted world of freedom in the early days of the American Civil War.

In 1861, 12-year-old Callie Wilcomb and her family are among the enslaved black people who flock to Fortress Monroe, Virginia, in pursuit of freedom. The Civil War is raging, and the fort, a Union outpost, offers refuge. Because Virginia has seceded from the Union, Confederate laws no longer hold, and the enslaved do not have to be returned to their owners. Inside the fort, Callie attends school for the first time. For context, the book opens with historical notes and a timeline that begins with the election of Abraham Lincoln and ends with the signing of the Emancipation Proclamation. Nolen brings that dry history to life through Callie, a girl full of wonder, living on the cusp of a new world. Nolen depicts Callie’s old world with unflinching accuracy: the inhumanity of slavery as well as the complex entanglements among the enslaved and their owners. But much of the narrative, refreshingly, is devoted to Callie’s freedom and her growing understanding of the uncertainty and opportunities it brings. While younger readers may not grasp the broader stakes for newly freed men, women, and children, Nolen’s tender story of the Wilcomb family’s losses and aspirations will resonate.

At once heartbreaking and uplifting, a gentle, lyrical story of a determined black girl’s journey toward freedom during the Civil War.