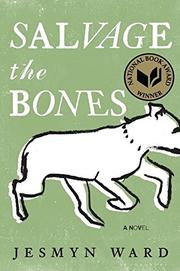 An evocative novel of a family torn apart by grief, hardship, misunderstanding and, soon, the biggest storm any of them has ever seen.

Set over a dozen days while awaiting the arrival of Hurricane Katrina, and then dealing with its consequences, Ward’s (Where the Line Bleeds, 2008) tale is superficially a simple one: Young Esch, barely a teenager, is pregnant. She is so young, in fact, that her brothers can scare her with a Hansel and Gretel story set in the Mississippi bayou where she lives, yet old enough to understand that the puppies that are gushing forth from the family dog are more than a metaphor. Esch’s task is simple, too: She has to disguise the pregnancy from her widowed father, a task that is easier than it might sound, since her father is constantly self-medicated (“Outside the window, Daddy jabbed at the belly of the house with his can of beer”) and, much of the time, seems unaware that his children ought to be depending on him. But they don’t; Esch and her three brothers are marvels of self-sufficiency, and as the vast storm looms on the horizon, building from tropical depression to category 5 monster, they occupy themselves figuring out what kind of canned meats they need to lay in and how many jugs of water have to be hauled from the store. The bayou has its share of terrors of other kinds, and so do the matters of life and death that children ought to be spared; suffice it to say that there’s plenty of blood, and no small amount of vomit, whether owing to morning sickness or alcohol poisoning. (When Esch admonishes her father for drinking while taking antibiotics, he replies, “Beer ain’t nothing...Just like a cold drink.”) Naturally, in a situation where the children are the adults and vice versa, something has to give—and it does, straight in the maw of Katrina. Yet the fury of the storm yields a kind of redemption, a scenario that could dissolve into mawkishness, but that Ward pulls off without a false note. A superbly realized work of fiction that, while Southern to the bone, transcends its region to become universal.