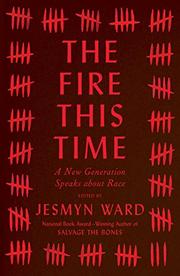 THE FIRE THIS TIME

A New Generation Speaks About Race

Poets, scholars, and essayists reflect on race in America.

In this insightful collection, novelist and memoirist Ward (Creative Writing/Tulane Univ.; Men We Reaped: A Memoir, 2013, etc.) brings together 18 writers “to dissent, to call for account, to witness, to reckon.” Taking her title from James Baldwin’s The Fire Next Time (1963), Ward hopes this book will offer solace and hope to a new generation of readers, just as Baldwin’s work did for her. Many essays respond to racial violence, invoking the tragedies of Trayvon Martin, Michael Brown, Eric Garner, Tamir Rice, Sarah Bland, worshipers at Charleston’s Emanuel Church, and Abner Louima, among many others. Edwidge Danticat reports that she asked Louima recently how it feels each time he hears that a black person was killed by police. “It reminds me that our lives mean nothing,” he told her. As other parents reveal in their essays, Danticat feels she must have two conversations with her daughters: “one about why we’re here and the other about why it’s not always a promised land for people who look like us.” She wishes, instead, to assure them “they can overcome everything, if they are courageous, resilient, and brave.” Poet Claudia Rankine was told by the mother of a black son, “the condition of black life is one of mourning.” Besides fear for their children’s futures, some writers focus on their black identity. As a result of genetic testing, Ward discovered that her ancestry was 40 percent European, a result that she found “discomfiting.” “For a few days after I received my results,” she writes, “I looked into the mirror and didn’t know how to understand myself.” Wendy Walters resisted thinking about slavery until the discovery of long-buried slaves in New Hampshire provoked her to research the past. Poet Kevin Young shrewdly probes NAACP leader Rachel Dolezal’s motives to pass as black. Carol Anderson, Emily Raboteau, Natasha Trethewey, and others also add useful essays to this important collection.