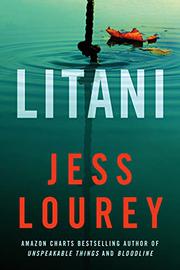 When Frankie Jubilee’s parents divorced, she stayed in California with her botanist father while her mother, Linda, returned to their hometown in Minnesota, where Frankie made only one brief, disastrous visit before her father died. At 14 she returns to Litani to live with Linda, a prosecutor, and is dropped into the poisonous atmosphere created by the town children, who play something they call The Game. Her mother, deeply involved with crime and criminals, pushes her out the door to go make some friends, telling her not to leave the nearby playground (what 14-year-olds go to the playground?!) or talk to any adults. Frankie’s attracted to the woods, though, where she spent many happy hours with her father and became a plant expert herself, until she’s set upon by three tough little girls who beat her up and take her shoes while taunting her about The Game. They’re about to steal her most precious possession, a book of her drawings of plants with faces, when she’s rescued by Crane, an older teen who becomes her friend. Frankie slowly discovers that her mother is working to take down a ring of pedophiles preying on local children, an organization at least partially based in the trailer park where Crane lives. At the same time, Frankie begins to learn about her parents’ pasts, especially that of her father, who forever blamed himself for the drowning of his younger brother. With only a stray kitten to comfort her, she does her best to investigate past and present crimes while trying to escape becoming a victim of The Game.

Several real-life cases provide the impetus for a tale of horror, grit, and, ultimately, hope.