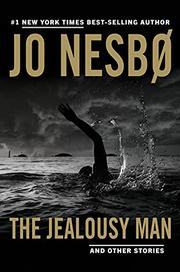 On leave from his Harry Hole novels, Nesbø delivers stories ranging from dystopian visions to time-honored tales of duplicity and revenge.

Few of Nesbø's characters pass the decency test. A man's kindliness toward a sobbing woman seated next to him on a flight to London masks dark intentions. An assassin with a day job in Milan as a psychologist is himself marked for death by a sadistic hit man of greater repute. In San Sebastián, an ardent proponent of the multiverse is suspected of killing one of his "other" selves. An Austrian researcher hiding out in Spanish Sahara devises a formula for immortality to save his ailing wife only to fight off corporate types who will do anything to take possession of it. The estranged son of a billionaire thinks twice about saving his father from a deadly snakebite in Botswana. Nesbø is at his best in the long, wonderfully atmospheric title story, which shows off his gift for pulling one story out of another. Summoned to the Greek island of Kalymnos to investigate the possible murder of a man by the man's twin brother, Athens detective Nikos Balli—who specializes in sniffing out jealousy as a motive—ends up detecting an old friend's ill intentions during a mountain-climbing outing. Nesbø is less successful with "Rat Island," a baggy pandemic tale in which marauding bikers tear down the last vestiges of civilization while rich people plan their futures from the safety of a skyscraper. This story and others seem hastily drawn, and the author has a tendency to be too clever for his own good—the twistiest twists can arrive with a soft thud. But he never runs out of ideas or characters driven by inner thoughts.

Humanity is at low ebb in this enjoyable, if uneven, collection—Nesbø’s first.