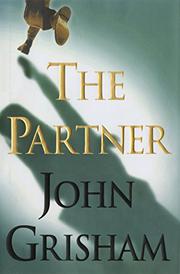 Grisham (The Client, 1993, etc.) justifies a colossal first printing of 2.8 million copies with his best-plotted novel yet, gripping the reader mightily and not letting go. Nor is there the dispersal of belief that often follows his knockout openings. Patrick Lanigan is tracked down to his hideout in Brazil, where he lives modestly near the Paraguayan border. Surely, Jack Stephano thinks, Patrick could not have spent the $90 million he ran off with four years ago. Jack has spent $3 million tracking Patrick down, and he wants that money. He wants it so much that he's blithely torturing Patrick to discover its location. The problem is that Patrick doesn't really know. He's given power of attorney to his lover, the brilliant Brazilian lawyer Eva Miranda, and she has been shuttling the money from bank to bank around the world, keeping it untraceable. When Patrick fails to call her at four in the afternoon, per usual, she skips out, as they've planned, and goes into hiding. And as planned, she phones the FBI office in Biloxi, Mississippi, and tells them that one Jack Stephano has very likely captured Patrick and is holding him in Brazil. The FBI puts pressure on Stephano to bring Patrick back to Biloxi, where the embezzlement took place and where Patrick's cremated remains were buried after his car went over an embankment. Patrick even attended his own funeral, watching through binoculars. As it turns out, the $90 million he ran off with was dirty money his law firm had helped collect in a criminal conspiracy to rob the government. Will the money be returned? Will Patrick escape trial for the murder of whoever it was that died in that accident? And what of Eva, now hiding in the States and helping Patrick orchestrate his defense? Grisham comes up with a masterfully bittersweet end (with his title taking on a sly double edge) that may be his most satisfying ever.