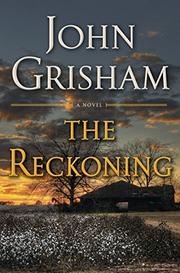 In 1946, months after returning home to Mississippi from fighting in the Philippines, decorated war hero Pete Banning strolls into the local church and shoots pastor Dexter Bell dead. Even when facing the electric chair, he won't say why he murdered his old friend.

Did it have something to do with word that in Pete's absence his wife, Liza, was seen with Bell, who was known for straying from his marriage? Liza, who three years before her husband's shocking return had been traumatized by a notification that he was missing in action and presumed dead, is in no condition to answer any questions. She is in the state mental hospital, where Pete, head of a prominent farm family in Clanton, got her committed for iffy reasons after his homecoming. Brutally tortured by the Japanese, he himself appears to be in a reduced mental state. This being a Grisham (The Rooster Bar, 2017, etc.) novel, we spend a fair amount of time in the courtroom, first with the insistently tight-lipped Pete's trial and then after Bell's widow files a wrongful death suit against Pete's family that stands to wipe them out. As usual, Grisham does a solid job of portraying a Southern town at a particular moment in time, touching upon social issues as he goes. But the book never overcomes the hole at its center. It's one thing to create a character who is a mystery to those around him, quite another to reveal next to nothing about that character to the reader. After a while, Pete's one-note act becomes a bit of a drag.

Grisham' entertaining wartime novel is not lacking in ambition or scope, but the spark of imagination that would grease its pages is largely missing.