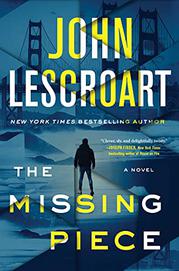 A former San Francisco DA–turned–defense attorney takes the case of a man he’s convinced is guilty and ends up pursuing it to the ends of the earth.

Maybe Wes Farrell is too accustomed to seeing every criminal defendant as guilty. Maybe he’s just burned out. But he can’t believe that Doug Rush is innocent of killing Paul Riley, who was convicted of raping and murdering Rush's daughter, Dana, 11 years ago. Riley had recently been released from prison after the Exoneration Initiative extracted a confession from someone else, and his father unhesitatingly told inspectors Ken Yamashiro and Eric Waverly that he saw Rush running from the scene after Riley was shot. And even though there’s a certain amount of sympathy for Rush after the two homicide investigators are caught on a bystander’s cellphone camera beating him up during his arrest, the case against him seems so open-and-shut that Farrell can’t believe a word his client says. Soon enough, Rush, who’s jeopardized his million-dollar bail by skipping his preliminary hearing, is found shot to death in the Shakespeare Garden, and the case seems closed for good. But not to Farrell’s partner, Dismas Hardy, or his investigator, ex–Homicide head Abe Glitsky, or even Farrell, who suddenly finds himself fighting for justice for a client he never believed when he was alive. Calling on his trademark eye for the big picture and his sensitivity to changing trends in the perception of the legal system, Lescroart crafts his most searing anatomy of that system since A Certain Justice(1995).

The current head of SFPD Homicide gets the last word: “This just in. Injustice abounds. Get used to it.”