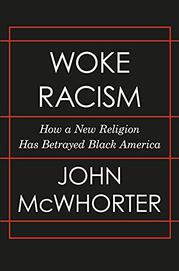 How a New Religion Has Betrayed Black America

McWhorter, a professor of linguistics, American studies, and music history at Columbia, has been a prominent figure in the public discourse around race since he published Losing the Race in 2000. But nothing he has said or written previously has been as controversial as the thesis he advances in his latest book. Flying in the face of mainstream liberal orthodoxy, McWhorter writes in unapologetic opposition to the brand of anti-racism that authors like Ibram X. Kendi and Robin DiAngelo have made so popular in recent years. At the core of McWhorter’s critique is his claim that wokism (or “Electism,” as he wants us to call it) has literally become a religion. It demands adherence to positions that one must accept on faith or else be treated as heretical (i.e., “problematic”). McWhorter is well aware that his arguments may be dismissed out of hand, but he is cogent and forthright in his discussions. “You see Third Wave antiracism telling you that you are morally bound to conceive of ordinary statements that once were thought of as progressive, like ‘I don’t see color,’ as racist,” he writes. “That if you are white you are to despise yourself as tainted permanently by ‘white privilege’ in everything you do.” The author attempts to turn from the vogue anti-racism of our era to earlier forms of anti-racism that don’t “make black people look like the dumbest, weakest, most self-indulgent human beings in the history of our species, and teach black people to revel in that status and cherish it as making us special.” This is a passionate, often fiery book, but it is also seriously considered and scrupulously reasoned. Whether or not readers are persuaded by McWhorter’s analysis, they must, in the name of intellectual honesty, consider the book mandatory reading.