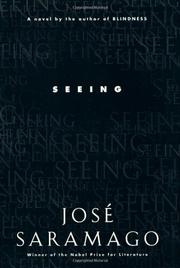 Passive political defiance stirs up a whirlwind of intrigue, repression and bureaucratic insanity in the 1998 Nobel laureate’s 12th translated novel.

It’s a partial sequel to Saramago’s widely acclaimed 1998 novel Blindness, an allegory about a city’s populace mysteriously stricken with, then released from an epidemic of white blindness. Here, the same unidentified city (undoubtedly Lisbon) incurs governmental wrath when, during a major election, 70 percent of those voting leave their ballots blank. This intriguing premise doubtless fictionalizes both Saramago’s own eventual rejection of the Communist Party of which he had been a member for many years, and the highly publicized tax problems that led him to depart his native Portugal and live in the Canary Islands. In any case, this is a mordant satire that vividly communicates contempt for entrenched authority in all forms: in particular, a panicked administration that denounces dissent as treason, spies on its citizens (sound familiar?), eventually moves its capitol to another location, suspends civil liberties, organizes “counterterrorist” violence—and sends an assassin to take out the doctor’s wife (in Blindness, the one character who didn’t lose eyesight) suspected of masterminding “the blank vote movement” and “singled out for public execration as an enemy of her country and of her people.” The spirit of George Orwell rises from these blistering pages—compulsively readable despite Saramago’s fondness for sparse punctuation and lengthy run-on paragraphs. The general thrust is crystallized in deftly drawn generic characters: the befuddled republic’s president, a power-hungry interior minister, a police superintendent who hopes against hope to do the right thing and many other villains and victims, citizens and co-conspirators. And Saramago caps it with a devastating ironic ending.

Very nearly equal to the magnificent Blindness: another invaluable gift from a matchless writer.