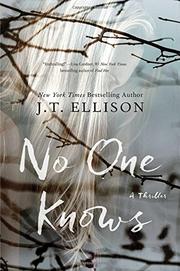 A woman begins to question everything she thought she knew when signs indicate that her husband, recently declared officially dead, is actually alive.

For five years, Aubrey Hamilton has struggled to reconcile the facts about the last time she saw her husband, Josh, with his disappearance. They were a happy couple, childhood sweethearts despite his disapproving mother, and everything seemed fine when they parted ways at a friend’s bachelor party. And then Josh was gone. He left behind only a sinister puddle of blood at their Nashville home, which led Aubrey to be tried for his murder—though she was acquitted, since it’s hard to convict without a corpse. Now he’s been declared legally dead, and Aubrey—back at her job at a Montessori school and, like so many crime-fiction heroines, trying to literally run away from her past by, um, running—is dolefully reconciled to the fact that her husband is gone. She doesn’t even want the $5 million life insurance policy he took out, naming her as his beneficiary. (The amount of that possible payout is so large that readers’ ears should perk up.) Then she meets Chase Boden, a man with an uncanny resemblance to Josh, from his mannerisms to the way he walks, and Aubrey starts to wonder if Josh not only wasn't who he seemed to be, but might actually be alive. Ellison (What Lies Behind, 2015, etc.) goes to great lengths to explore the story from multiple points of view, which both expands the complex universe she’s built and, unfortunately, deflates the suspense by spelling out that which the reader would rather deduce.

The unreliable female narrator is all the rage, and Aubrey Hamilton is up there with the slipperiest of them all.