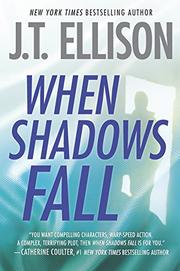 Sam has left Nashville and her heartaches behind to move to Washington, D.C., and teach at a university. Now she’s starting fresh with a new love, the darkly handsome former Army Ranger Xander, and his dog, Thor, to keep her grounded. Sam wants a break from the drama and danger that permeated the cases she took on before and hopes to find a less exciting life in academia. But it’s not that easy; a beautiful, brilliant woman who magnetizes every man she meets, Sam is also a magnet for trouble. Soon it appears in the form of a letter from a Virginia man who asks her to investigate his death. Although she knows she should ignore it, she finds herself drawn in when an attorney contacts her to tell her she's in the man’s will, along with a cryptic list of other heirs. She, Xander and Fletch, a detective friend, set off to solve the puzzle, running into multiple murders, a cult and a friend who tries to recruit her for the FBI. Sharp readers will have problems with the plot from almost the first page: If the victim could send Sam a letter telling her he's been murdered and urging her to find his killer, why not tell her all he knows? That he doesn’t, instead sending her on an investigation that leads to the deaths of many others and puts her in harm’s way, makes no sense. Readers may also find Sam’s allure to every man who crosses her path, as well as her insistence on conducting police investigations even though she’s not trained for them, unrealistic.

Ellison’s a competent writer, but Sam and the choir of men that falls at her feet really constitute a romance, not a thriller.