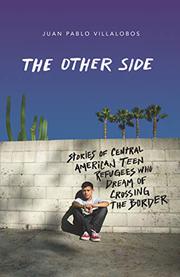 A critical compilation of stories from unaccompanied Central American teen refugees who make tremendous sacrifices to cross the U.S.–Mexico border.

Told in short vignettes that offer dynamic perspectives, this harrowing book provides readers with snapshots of dire, foreboding situations faced by migrants. The first story, “Where Are Your Kids?” spotlights 16-year-old Kevin and his 10-year-old sister, Nicole, whose mother in the U.S. learns from an immigration officer that her kids are not in Guatemala on a school trip as she believed but rather detained at the San Ysidro border. In another account titled “I’d Rather Die Trying to Get Out,” the two siblings are moneyless and lost, resorting to asking a random truck driver for a lift. The author’s introductory note indicates that all these stories are true save for some changes to protect the 11 immigrant minors’ identities. Most narratives leave readers with (all the right) questions: How long were the teens detained? Are they OK? Why did they receive such horrible treatment in detention cells? What aren’t they telling readers? Villalobos (Breve historia del ya merito, 2018, etc.) records the chilling details of the refugees’ treks, framed against a background of politics and the reality of today’s migration crisis.

At the center of every story lies credible fear; this essential volume is deserving of more than one read.