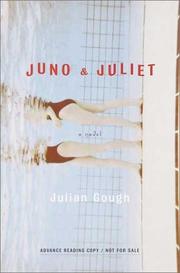 A smartly written, pleasantly conceived Irish variation on the girl-goes-to-college-and-comes-of-age story in which small-town twins learn to adore literature and the arts, fall in love, and through loss discover deeper truths.

The narrator, Juliet, considers her twin sister Juno unbelievably beautiful, smart, socially successful, and immeasurably confident, which makes a marked contrast to her own, muddled self-image. Together, they venture to Galway to attend college, and immediately are engrossed in campus life. Juno tackles acting and falls in love with Michael, an uneven, goodhearted student with whom the sisters share a residence. Juliet, meanwhile, is introduced to the edifying joys of literature, and though no specific books are mentioned, the tutorials of David Hennessey and his teaching style—Socratic hip, with a dose of irony—are evidently rapturous: Juliet falls hard for the dashingly romantic, inwardly sad instructor with a dying father. Meanwhile, the girls’ Christmas holiday demonstrates both how much and how little the two have changed, providing a few secondary characters against whom their collegiate arc may be measured. Later, David asks Juliet to join him on a boating trip to deliver groceries to his cancer-stricken father, but as her feelings deepen, he becomes more elusive. From David, Juliet learns some shaded secrets about Conrad, an alcoholic writer-in-residence with whom Juno has a flirtatious relation. On impulse, Juliet sleeps with Michael, and later Juno sleeps with Conrad. The sisters make up, and Juno discovers Conrad is responsible for the threatening, sexually violent letters that have been frightening her for weeks. David will join the sisters in confronting the sodden author.

Irish newcomer Gough deftly captures the twins’ youthful awe and giddy excitement during their freshman year, and though the plot ambles along fairly conventional paths, its course is stylistically nimble, intellectually unburdensome, and eminently companionable.