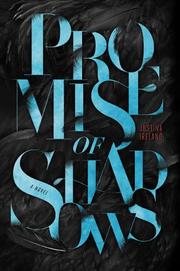 A reluctant Harpy discovers her destiny in an elaborate Greek-mythology–based fantasy.

As the book opens, readers learn that Zephyr’s sister, Whisper, was killed for her forbidden romance with Hermes; Harpies are vættir—partly human, therefore lesser—and are not permitted to intimately fraternize with full gods, called Æthereals. In retaliation, Zephyr killed Whisper’s Æthereal executioner—a supposedly impossible act—and has been sentenced to eternity in the worst part of the Underworld, Tartarus (where the weather is crappy—literally). Zephyr’s forbidden, dark power enabled the kill and, she learns, marks her as the prophesied Nyx, a champion of “shadow vættir,” who maintains balance and protects vættir from Æthereal tyranny. Knowing the Æthereals will surely kill her soon, Zephyr escapes Tartarus with the help of Cass, her enigmatic friend and protector (who everyone they meet says is a liar and betrayer), Tallon, an attractive childhood friend, and his brother, Blue. They form a ragtag team to keep her alive so she can thwart a terrible plot against the vættir. The romantic plot is the least successful element of this character-driven story. Far more compelling are Zephyr’s struggles to accept herself as a hero, considering she’s failed her Trials to become a Harpy warrior. The complicated worldbuilding piles on the jargon, but Zephyr’s narration hooks readers with snappy, hilarious one-liners.