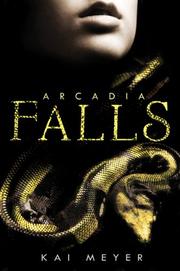 From the Arcadia Trilogy series, volume 3

The Arcadia trilogy concludes with magic, shootouts, family betrayals and a cruise ship full of monsters: everything that’s necessary for a romance about Cosa Nostra shape shifters.

After the death of her aunt and sister, Rosa has become head of the Alcantara dynasty of Sicilian mobsters. She’s made nothing but enemies among her own family—because of her romance with Alessandro, head of the rival Carnevare family, because she’s cleaning up the least savory of her family’s criminal enterprises or simply because she’s an outsider—and soon, she and Alessandro are on the run, framed for a murder they didn’t commit. Since the discovery that she can turn into a 9-foot-long snake (while Alessandro can become an enormous panther), Rosa has learned not to be surprised by anything. Still, new discoveries (both magical and mundane) strain her credulity to the breaking point. A friend whose corpse she’s seen appears to be alive. Rosa’s dead father, seemingly involved in the rape and abortion that originally sent Rosa to Sicily, is connected to dark mob business and mad science. As they seek answers, revenge or at least a quiet moment, Alessandro and Rosa face certain doom with believably affectionate bickering. Refreshingly for a paranormal romance, the two protect and fight for each other with equal strength and zeal. Rosa and her enemies leave a trail of corpses, some explicitly gruesome, all the way to the cinematic conclusion at a long-drowned village.