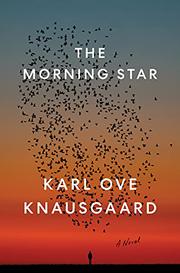 A new heavenly body sends the lives of a handful of Norwegians off-kilter.

Nobody’s sure what to make of the emergence of a new bright light in the sky. A star? A sign of a miracle? A distant supernova? Regardless, Knausgaard's cast of characters soon faces domestic disruptions to match the astral one. A man despairs of helping his wife, so racked with madness she’s seemingly torn the head off a cat. A pastor presides over the funeral of a reclusive man who bears an uncanny resemblance to one she’s recently met. Members of a death-metal band are found massacred; a boorish, arrogant journalist tries to cover the story while his wife, a caretaker in a prison, tries to locate an escapee. A nurse starts helping with an autopsy only to discover the corpse isn’t dead. Knausgaard circulates through these characters and a handful more, not to connect them plotwise so much as to achieve a symphonic effect: Everybody is experiencing a sense of both fear and wonder, though some are better at dealing with those emotions than others. Each character is rendered with a detail-rich but cool, plainspoken register that’s Knausgaard’s trademark. And, much as he did in the final volume of his autofiction epic, My Struggle, he concludes with a philosophical longueur, here a contemplation about how myth, religion, and folklore address a porous boundary between life and death. (The abundance of religious references throughout the book, from Bible quotes to tree of knowledge references, sets the table for that somewhat.) For Knausgaard fans, this mix of pointillistic domestic drama and New Age woo-woo will feel familiar, though the lack of a strong narrative arc feels more ungainly in an explicitly fictional setting.

A sui generis metaphysical yarn, engrossing in its particulars if broadly rambling.