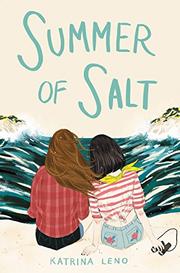 Seventeen-year-old white girl Georgina Fernweh and her twin sister, Mary, have one more summer at home helping their widowed mother, Penelope, at their family’s inn before they leave for college. Every year, bird enthusiasts flock to By-the-Sea for the arrival of Annabella’s Woodpecker, dubbed the world’s rarest bird and discovered and named by a distant Fernweh foremother about 300 years ago. Panic ensues when Annabella never appears, and the birders find her corpse in a barn, surrounded by her torn-up nest. The islanders superstitiously blame Mary, suspecting her of wielding magic, and Georgina promises Annabella that she will track down the murderer, even if it really is her sister. A tender, gentle romance between Georgina and Prue, visiting the island with her ornithologist brother (both are assumed white), accompanies the suspenseful murder mystery and is captured in lyrical prose. There is a clear distinction throughout between healthy relationships built on consent and harmful, uninvited attention. Along with romantic love, fierce bonds between family and friends play an important role in the story; Georgina’s aromantic, asexual best friend, Vira, stands by her side to the end, and Georgina’s mother supports her children by giving them the freedom to find their own ways into their magical gifts.

Equal parts fantasy, romance, and mystery, this book shimmers with an irresistible energy.