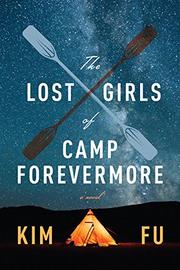 THE LOST GIRLS OF CAMP FOREVERMORE

Five women are forever shaped by a harrowing experience they shared as girls at summer camp.

It's 1994 at Forevermore, a sleep-away camp in the Pacific Northwest. The first days are filled with singalongs and preparations for an overnight kayaking trip. Siobhan, a new camper, tries to adapt to the strange social dynamics. One magnetic girl named Dina receives desperate offerings of daisy chains and chocolate milk, while Andee, a tough girl, nearly fails the swim test as everyone gathers to watch her struggle. Someone in the crowd whispers a name for what Andee is: “One of the scholarship girls.” Siobhan is stung and confused by the small cruelties of Nita, a veteran camper. Isabel, meanwhile, has remained largely invisible and silent until the third day, when the kayaking trip sets off. Fu (For Today I Am a Boy, 2014, etc.) alternates between short chapters about the kayaking trip and long, expansive sections following each of the girls far into the future. We see the ripple effects of this summer before the specifics of what happened unfold. The trip becomes a predictable, though nightmarish, tale of survival, but Fu’s characters are rich, real, and distinct. What happened at Forevermore is not, we see, the worst tragedy of most of their lives—but it is formative. With rawness and objectivity, Fu depicts the women these girls become along with their struggles, both cosmic and mundane. Ultimately, Siobhan is the axis of the novel. Her story is given fewer pages and saved until last, but it resonates deeply and gives sharp focus to what came before.

An ambitious and dynamic portrayal of the harm humans—even young girls—can do.