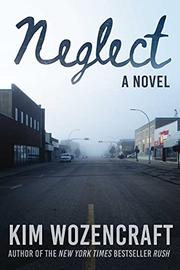 When an Afghanistan vet on the poverty line caves in to PTSD and despair, the state removes her 10-year-old twins.

"Erin, the athlete, the smart one. Erin, who never seemed to need anyone or anything, sailing through high school without studying, doing everything right...Erin, in Tanya's younger-sister eyes, had always seemed invulnerable." But now Tanya has had to fly home to rural New York, where her sister lies in a psych ward after an alcohol relapse and a suicide attempt, her children sent to live with the father who abandoned them. Wozencraft, author of the 1990 bestseller Rush, which went deep into the psyche of a female narcotics detective, again shows she has no fear of the dark in this astringent novel about the ravages of alcohol, war, poverty, sexual predators, and bureaucracy. Erin joined the Army on impulse because her marriage was crumbling and both she and Eddy had lost their jobs, but when she gets back, there is only less money, less connection, and much more trauma. The novel tracks her through the insane, inhuman obstacle course laid out for her by the justice system and social service authorities if she has any hope of setting eyes on her children again. If she fails, her social worker assures her, she "won't be allowed to have so much as a school picture." At the same time, flashbacks reveal the unholy nightmare of her Afghanistan tour. Also introduced is a young Afghan girl named Fatima, imprisoned for talking to a boy in the public library. As bad as her situation is, "her mother had lived through the Taliban and feared they would once again come to power and once again shut down the schools, rewrite history, force women indoors, and order that windows be blackened so nobody could see females from the streets." The timing of this tense, unflinching drama, as Fatima's mother's fears are realized in current headlines, makes it even more urgent.

Don't even try to look away from this incandescently furious chronicle of a woman's return from hell.