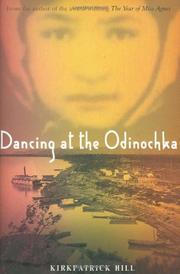 One hundred and fifty years ago, Alaska belonged to Russia and was called Russian America. The Russian American Company ran trading posts called odinochkas, trading tobacco and tea for furs to send back to Russia. A young girl named Erinia Pavaloff lives at just such an isolated trading post. A Creole—a native person with a Russian father or grandfather—Erinia likes the life she lives, despite its isolation and the ongoing conflicts among natives and Russians. She likes the place and the characters in her life, and she wants things to stay the same. However, things do change when the U.S. purchases Russian America and residents of Erinia’s community become American Alaskans. Based on a memoir of Hill’s ancestor, the narrative tells the story of a little-known time and place. Admirable research and attention to historical detail yield a densely written work with a slow pace but a wonderful recreation of this part of the world, one of the few such resources for young readers. However, the author’s works for a bit younger audience, such as The Year of Miss Agnes (2000), are more compelling reading. (maps, author’s note, bibliography) (Fiction. 9-14)