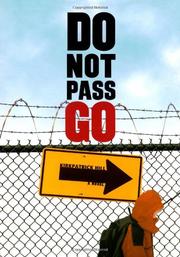 DO NOT PASS GO

Deet’s parents are happy-go-lucky and financially irresponsible, so he compensates by being compulsively organized and extremely judgmental. Early on, his dad is working a second job to help pay bills and gets arrested for possessing drugs to help him stay alert. Initially, Deet is utterly mortified and embarrassed. His mother gets a job and Deet realizes he has to go visit his dad in jail, a terrifying prospect. Many visits later, Deet undergoes a transformation. He learns not to be contemptuous of the prisoners—a number of schoolmates have relatives there—and he realizes that the most unexpected people can be the most thoughtful. Hill is an expressive writer who realistically conveys this boy’s journey from superiority to kindness. She renders the criminals as real people, noting that illiteracy is at the root of many objectionable behaviors. Unfortunately, in a story where the whole tenet is not to judge a book by its cover, frequent snide remarks about overweight people seem out of place and cloud the moral. Still, this powerful character study, where everyone in Deet’s family grows, shows that Hill has a gift for quietly but realistically portraying the journey. (Fiction. 9-14)