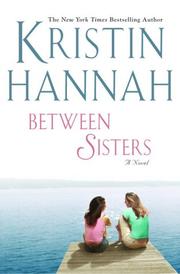 Sisters in and out of love.

Meghann Dontess is a high-powered matrimonial lawyer in Seattle who prefers sex with strangers to emotional intimacy: a strategy bound to backfire sooner or later, warns her tough-talking shrink. It’s advice Meghann decides to ignore, along with the memories of her difficult childhood, neglectful mother, and younger sister. Though she managed to reunite Claire with Sam Cavenaugh (her father but not Meghann’s) when her mother abandoned both girls long ago, Meghann still feels guilty that her sister’s life doesn’t measure up, at least on her terms. Never married, Claire ekes out a living running a country campground with her dad and is raising her six-year-old daughter on her own. When she falls in love for the first time with an up-and-coming country musician, Meghann is appalled: Bobby Austin is a three-time loser at marriage—how on earth can Claire be so blind? Bobby’s blunt explanation doesn’t exactly satisfy the concerned big sister, who busies herself planning Claire’s dream wedding anyway. And, to relieve the stress, she beds various guys she picks up in bars, including Dr. Joe Wyatt, a neurosurgeon turned homeless drifter after the demise of his beloved wife Diane (whom he euthanized). When Claire’s awful headache turns out to be a kind of brain tumor known among neurologists as a “terminator,” Joe rallies. Turns out that Claire had befriended his wife on her deathbed, and now in turn he must try to save her. Is it too late? Will Meghann find true love at last?

Briskly written soap with down-to-earth types, mostly without the lachrymose contrivances of Hannah’s previous titles (Distant Shores, 2002, etc.). Kudos for skipping the snifflefest this time around.