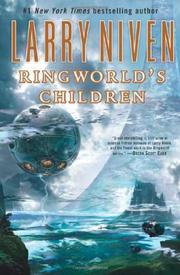 Earth explorer Louis Wu, trapped on the Ringworld along with the Hindmost, a timorous, manipulative alien, finds the Ringworld’s very survival threatened by the Fringe War, a motley collection of human and alien spaceships that fight among themselves, each hoping to conquer (or at least land on) the Ringworld and learn its fabulous scientific secrets. However, the Ringworld’s own defenses and the vigilance of the blindingly fast, armored, sexless, superintelligent Ghoul protector, Tunesmith, prevent the Fringe Warriors from prevailing. Tunesmith, Louis suspects, intends to make Louis himself into a protector. Finally, the Fringe War erupts when an antimatter bomb blows a hole in the Ringworld through which the atmosphere would drain and be lost to space in a matter of days. Another complication arises with the emergence of Proserpina, an ancient protector who claims to be a Pak, one of the Ringworld’s vanished builders (protectors vigorously compete to protect their own species’ genes). Aided by the young Kzinti exile Acolyte; Wembleth, a Ringworld native with a lucky knack for survival; and detective Roxanny Gauthier of Earth's armed forces, Louis is willing to help Tunesmith save the Ringworld. But, disinclined to become a protector permanently bound to the Ringworld, he must also find a way to escape the fate Tunesmith has planned for him.

An involving and engrossing addition to one of science fiction’s grand sagas.