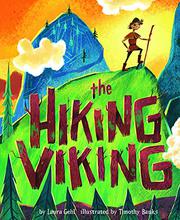 Not every Viking wants to brawl and battle.

Waifish and bright-eyed Leif would much rather peacefully hike the craggy hills around his Viking village than howl at the moon with the rest of his clan. While other Vikings his age, who are all big and burly, ask for spears and poleaxes for their birthdays, Leif requests a hiking stick. His mother tries to get him to wrestle, his father forces him to practice spear throwing, and his sister drags him off to practice lifting heavy rocks, because the Viking Games are approaching. Leif attempts to explain his love of nature to them, but they are having none of it. With the honor of his clan at stake, Leif gives the Games his best shot. When the competition ends in a tie, it is decided that whichever clan can show the judges “the greatest treasure by sunset will be the winner.” Everyone rushes to fetch their finest booty, and it seems that the other clan will win…until Leif surprises the whole village with a treasure beyond all earthly goods. Gehl’s tale relays its message about the value of self-authenticity and open-mindedness without being preachy. Banks’ bright illustrations of White Scandinavians in a green, mountainous landscape are reminiscent of cutout animation, endowing each spread with an immersive motion-picture quality. (This book was reviewed digitally.)

A neat Nordic tale about the importance of valuing nature—one’s own and the world’s.