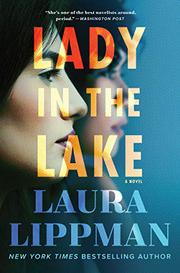 LADY IN THE LAKE

Baltimore in the 1960s is the setting for this historical fiction about a real-life unsolved drowning.

In her most ambitious work to date, Lippman (Sunburn, 2018, etc.) tells the story of Maddie Schwartz, an attractive 37-year-old Jewish housewife who abruptly leaves her husband and son to pursue a long-held ambition to be a journalist, and Cleo Sherwood, an African-American cocktail waitress about whom little is known. Sherwood's body was found in a lake in a city park months after she disappeared, and while no one else seems to care enough to investigate, Maddie becomes obsessed—partly due to certain similarities she perceives between her life and Cleo's, partly due to her faith in her own detective skills. The story unfolds from Maddie's point of view as well as that of Cleo's ghost, who seems to be watching from behind the scenes, commenting acerbically on Maddie's nosing around like a bull in a china shop after getting a job at one of the city papers. Added to these are a chorus of Baltimore characters who make vivid one-time appearances: a jewelry store clerk, an about-to-be-murdered schoolgirl, "Mr. Helpline," a bartender, a political operative, a waitress, a Baltimore Oriole, the first African-American female policewoman (these last two are based on real people), and many more. Maddie's ambition propels her forward despite the cost to others, including the family of the deceased and her own secret lover, a black policeman. Lippman's high-def depiction of 1960s Baltimore and the atmosphere of the newsroom at that time—she interviewed associates of her father, Baltimore Sun journalist Theo Lippman Jr., for the details—ground the book in fascinating historical fact.The literary gambit she balances atop that foundation—the collage of voices—works impressively, showcasing the author's gift for rhythms of speech. The story is bigger than the crime, and the crime is bigger than its solution, making Lippman's skill as a mystery novelist work as icing on the cake.

The racism, classism, and sexism of 50 years ago wrapped up in a stylish, sexy, suspenseful period drama about a newsroom and the city it covers.