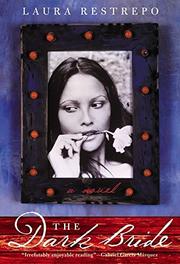 Colombian Restrepo (Leopard in the Sun, 1999, etc.) offers a romantic concoction about a community of prostitutes (putas) servicing workers from the oil fields.

A nameless 12-year-old girl arrives in Toro and announces her desire to become a puta to the first person she meets, a boy named Santiago. With misgivings, he takes her to Todos los Santos, a prostitute whose age is catching up with her. Todos sees the possibilities in “the girl” and devotes herself to her upbringing and training. Two years later, as the girl is about to embark on her career, Santiago, her devoted playmate and an idealist, is racked with guilt that he brought her to Todos in the first place. Leaving Toro to seek a fortune that will allow him to save the girl, he ends up at the oil fields, where he befriends Payanés. Meanwhile, the girl transforms herself into Sayonara, the most mysterious and desirable prostitute in the city. Santiago, literally sick with guilt and idealized love, sends Payanés to Toro as his messenger, and, not unexpectedly, the two fall in love. Payanés promises to visit Sayonara one Friday a month, a day she’ll reserve for him alone. Naturally, Payanés and Santiago’s friendship is strained, but Sayonara breaks the putas’ cardinal rule and asks for too much—the permanence of family. Payanés breaks her heart by admitting that he already has a family in his hometown—at which point Santiago jumps into the breach and marries Sayonara. The couple leave Toro, but Santiago is unable to forget that his wife was a prostitute. Eventually, his jealousy drives her back to Toro, where the glory days of the putas have passed. Sayonara disappears again. All await her return.

Lushly imagined but filled with clichés: basically another “prostitute with a heart of gold” story, tarted up with references to Fellini and pretentious pronouncements about love.