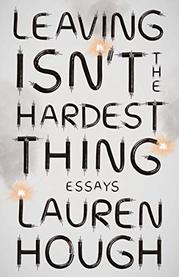 A collection of interconnected essays from a woman who has lived a wide variety of lives.

In her debut, Austin-based writer Hough, “born in Germany and raised in seven countries and West Texas,” probes an identity she once hid behind stories that made her “better at lying than…at telling the truth.” As the daughter of parents who followed the Children of God cult around the world, Hough joined the Air Force as a teenager, in part to prove an Americanness she never felt strongly. She revealed little about her background to military colleagues and described her parents as “missionaries.” The author did not especially like the Air Force, but the military and cult life seemed oddly similar. Like military members, the Children of God traveled all over the world and had to follow strict rules. Too often, Hough often found herself targeted for being different—“too loud, too quiet, too stubborn, too masculine”—and during her time in the Air Force, she received death threats for being gay. She eventually left the military and began to live as an openly gay woman in Washington, D.C., only to find she did not fit in with the “happy well adjusted” members of the LGBTQ+ community she met. Instead, Hough lived a hand-to-mouth existence that resembled her impoverished childhood. Yet the old need to fit in drove her to eventually live the American dream, and she “scraped and saved” enough to buy a suburban home and attempted to care about “football and video games.” Only when she began to write and allow herself to be who she was did she realize she wanted no part of the “[cult of] normal” she had sought all her life. This thoughtful, occasionally meandering book explores the shaping power of the past and also raises provocative questions about what really constitutes a cult.

An edgy and unapologetic memoir in essays.