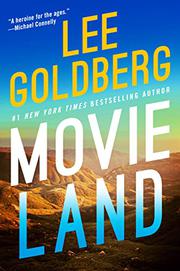 Maverick Detective Eve Ronin and her partner, Detective Duncan Pavone, land a case that threatens to push back Duncan's retirement date, currently two weeks away, if it doesn’t kill them first.

Water district bureaucrat Wallace Ewell insists the two detectives for the Los Angeles County Sheriff’s Department find the thief who’s been crashing into his break room and stealing mostly valueless stuff. He’s good and annoyed when the two are called away from the scene to investigate a shooting. Activist blogger Zena Faust has been wounded and her lover, yoga instructor Kim Spivey, killed by shotgun fire in Malibu Creek State Park. Since there’s no way to trace the bullets, Eve and Duncan focus on the other forensic evidence their colleagues are able to extract from a scene the public is clamoring to get back into—and on possible motives that lead them to movie producer Curtis Honig, whom Kim accused of sexual predation years ago before some straight women he’d assaulted got the law to take his behavior seriously, and to millionaire Paul Banning, whose property adjoins the park. The discovery that a dozen earlier people had been shot, none of them fatally, in the park over the past 18 months fuels rumors of a Malibu Sniper, and the shooting of Calabasas city councilman Clark Netter in a car filled with cash enlarges the suspect pool and makes the case even more urgent. The number of unrelated perps, several of them minor characters who come and go in a flash, turns out to be so extensive that the ending, or endings, is inevitably a letdown except for Duncan’s triumphant taunt: “Vomit doesn’t lie.”

Based on true events that leave their untidy mark everywhere.