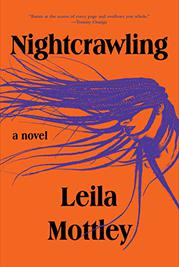 For Kiara Johnson, life in her family’s studio at Oakland’s Regal-Hi Apartments might be bleak—mattress on the floor, cackling crack addict next door, bags of dog poop bobbing in the complex swimming pool—but it’s all she knows, and she’ll do what it takes to preserve it.

Life has never been easy for Kiara. Her father died when she was 13, her mother attempted suicide and is now living in a halfway house, and Vernon, the landlord, has just doubled the rent. Older brother Marcus thinks his nonexistent hip-hop skills will be their golden ticket, so it’s up to high school dropout Kiara to look for work at Walgreens, CVS, and finer stores everywhere, including the strip club where Marcus’ ex now tends bar. No dice—Ki’s only 17. A drunken coupling with a club patron that’s more non- than consensual yields her virginity, a quick $200, and a really bad idea—“just till I get us out of our rent debt.” While the eventual tale of sexual violence, police corruption, and injustice preordained is inspired by real-life Oakland events, it’s Kiara’s intense, anguished interiority rendered in lovely and poetic exposition that drives this evocation of an underclass and the disposable women just trying to survive. If the rich language occasionally tips toward impenetrable (“brushing against my skin like 7-Eleven slushies in the winter”?), so too does the hard trap Kiara can’t escape, the engineered tragedy of intersectional poverty, racism, and misogyny. The acute observations are more remarkable still considering the author is herself a promising Oakland teen.