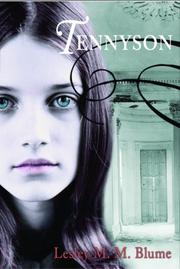 A much-decayed Southern mansion does double duty as setting and silent-but-active character in this semi-gothic comedy. Their mother gone and their father off to look for her, 11-year-old Tennyson and her little sister Hattie find themselves suddenly ensconced in Aigredoux, a dusty, vine-choked old plantation house, with half-batty Aunt Henrietta, her bitter servant Zulma and a peacock whose cries sound like human screams. Sparked by vivid flashback dreams of her family’s ruin in the Civil War, Tennyson pens historical tales that she sends off to a New York magazine her mother Sadie always reads. Instead of luring Sadie back, however, the stories bring editor Bartholomew Prentiss, a larger-than-life buffoon sent to track down the “man” he believes to be the next great American writer. Blume builds her cast with characters kind and cruel, threads in most of the tropes and themes common to tales of this style—the cyclical nature of family history, the War’s enduring inner wounds, the complex relations between races, to name but a few—and in the end indicates that the children will get one parent back, at least. A wry, sensitively written meditation on escaping the grip of the past without losing touch with it. (Fiction. 11-13)