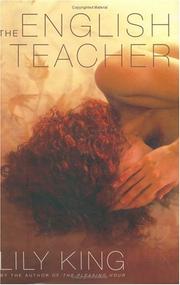 A single mother’s long-pent-up rage and unhappiness threaten her new marriage and her son’s sense of stability—in King’s follow-up to the well-received The Pleasing Hour (1999).

Peter is thrilled that his mother, Vida, an English teacher at a New England private school, is marrying Tom, a local widower with three kids. Peter yearns for family, for normalcy, and especially for a father, since Vida has never told him anything about his own. But from the day of the wedding, the same day in 1979 that the hostages are taken in Iran, Vida feels like a hostage herself in the marriage. She has always preferred her books to the real world, devoted only to her dog and feeling ambivalence even toward Peter. As Peter gets closer to his new stepsiblings and Tom, Vida withdraws. Sullen and nasty already, she also begins drinking heavily. Despite Tom’s repeated explanation, readers will wonder what attracted Vida and Tom in the first place, since King allows the thoroughly unlikable Vida no inkling of warmth toward Tom, one of those characters too saintly not to be stepped on by the women they love. As Vida teaches her students Tess of the d’Urbervilles, the parallels become obvious. Peter was the product of a rape from which Vida has never recovered—explaining why her mother love is mixed with fury. Naturally, her sex life with Tom isn’t good either. Previously a popular teacher, she is put on probation for increasingly outrageous comments to her students. After her dog dies, she self-destructs. Peter ends up driving her, drunken and disheveled, across the country to California, where her sister lives. Suddenly the slow, claustrophobic story speeds up toward an unearned happy resolution.

Tom is too good to be true, and Vida too unpleasant to care about. Still, King beautifully delineates the grieving children in all their confused steps toward recovery.