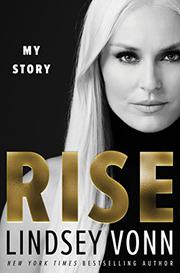 The American alpine skier and former Olympian remembers the struggles and triumphs that marked her storied career.

Vonn was just 2 1/2 when her father first put her on skis. She tried other sports, but she discovered that no other activity came close to giving her the “speed, the power, the adrenaline [rush]” she adored. A hometown encounter with Olympic ski champion Picabo Street inspired Vonn deeply enough that by age 9 she declared her intent to ski in the 2002 Olympics. While her father steered her career, her family moved to Colorado so that Vonn could enroll in the best ski racing programs. Vonn gave up the social life other teens took for granted only to find that coaches dismissed her in favor of students like future fellow Olympian Julia Mancuso. Vonn used this lack of belief to fuel the relentless drive that saw her make the 2002 Olympic team. Still, despite this achievement, coaches continued to underestimate her abilities. Facing self-doubt and a host of personal problems, including depression and her parents’ unexpected divorce, Vonn fought her way to the World Cup circuit, which she dominated for more than a decade. But even as she won, Vonn faced new challenges. Some involved dealing with sexism in both the media and in the skiing world itself. Others involved her body and the many, sometimes devastating injuries that eventually ended her career. “I had tried—was still trying—everything I could,” she writes, “but I had reached a point where it was like I was skiing on one leg.” Vonn’s memoir is admirable not only for the way it portrays her ruthless will to succeed, but also for how it eschews “juicy gossip” about a much-publicized past. Fans of women’s sports and especially skiing will no doubt find the book satisfying.