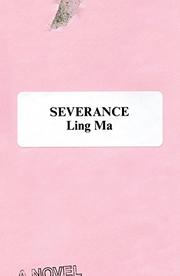 It’s 2011, if not quite the 2011 you remember. Candace Chen is a millennial living in Manhattan. She doesn’t love her job as a production assistant—she helps publishers make specialty Bibles—but it’s a steady paycheck. Her boyfriend wants to leave the city and his own mindless job. She doesn’t go with him, so she’s in the city when Shen Fever strikes. Victims don’t die immediately. Instead, they slide into a mechanical existence in which they repeat the same mundane actions over and over. These zombies aren’t out hunting humans; instead, they perform a single habit from life until their bodies fall apart. Retail workers fold and refold T-shirts. Women set the table for dinner over and over again. A handful of people seem to be immune, though, and Candace joins a group of survivors. The connection between existence before the End and during the time that comes after is not hard to see. The fevered aren’t all that different from the factory workers who produce Bibles for Candace’s company. Indeed, one of the projects she works on almost falls apart because it proves hard to source cheap semiprecious stones; Candace is only able to complete the contract because she finds a Chinese company that doesn’t mind too much if its workers die from lung disease. This is a biting indictment of late-stage capitalism and a chilling vision of what comes after, but that doesn’t mean it’s a Marxist screed or a dry Hobbesian thought experiment. This is Ma’s first novel, but her fiction has appeared in distinguished journals, and she won a prize for a chapter of this book. She knows her craft, and it shows. Candace is great, a wonderful mix of vulnerability, wry humor, and steely strength. She’s sufficiently self-aware to see the parallels between her life before the End and the pathology of Shen Fever. Ma also offers lovely meditations on memory and the immigrant experience.