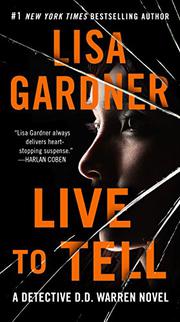 Sergeant Detective D.D. Warren returns to delve into a series of family murders.

Overworked and undersexed D.D. is just about to have a successful first date when her pager chimes with the call of duty. It’s not clear whether the mass murder of a family is merely the grisly result of a father gone wrong or something more. While D.D. labors to crack the case with the help of sidekick Alex Wilson, a George Clooneyesque professor training as a criminologist by taking a police rotation, single mother Victoria is just trying to make it through another day. Her life revolves around her emotionally disturbed son Evan, whose constant death threats and physical abuse rule her every move even though he’s only eight. The third vein in the story is Danielle’s tale of survival. When she was still a child, Danielle’s family was killed by her father, but her life was spared. Adult Danielle, who wonders why, spends her time giving back by working late hours as a pediatric nurse with disturbed children. She feels that her unique past can help her connect to the children. The impending anniversary of her family’s death, however, weighs heavily on her mind and distracts her. More murders lead to mounting suspense as they knit the stories of the three protagonists more tightly together.

An adventurous tale with a bit too much “woo-woo” paranormal but just the right pace and lots of action. Gardner (The Neighbor, 2009, etc.) has another hit on her hands.