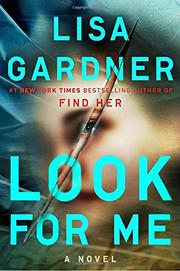 The execution-style murders of a family and the disappearance of their eldest daughter once again bring together a seasoned homicide detective and a kidnap victim–turned-vigilante to find the killer.

In the Boston suburb of Brighton, it’s Detective D.D. Warren’s (Find Her, 2016, etc.) least favorite kind of crime: the slaughter of a family. Juanita Baez, her boyfriend, Charlie Boyd, her 13-year-old daughter, Lola, and her 9-year-old son, Manny, are all dead, shot to death in their home. Conspicuously absent are 16-year-old Roxanna Baez and the family’s two elderly dogs. Warren and her team weigh the possibility that Roxy was abducted or the more chilling one: that she murdered her family. Turns out Juanita wasn’t always a perfect mother; the state removed her children five years earlier due to her drinking, placing the girls in the almost Dickensian Mother Del’s foster home, where all manner of abuse went on under the radar. In a rare instance of family reunification, Juanita regained custody, but the girls’ time in foster care changed them. In an awkwardly patched-in subplot, another Gardner regular, kidnap survivor Flora Dane, who now runs a support/empowerment group of sorts for women who’ve lived through similar trauma, realizes Roxy approached her group before disappearing, making Flora determined to find her before the police do. She and D.D. enter an uneasy, and entirely preposterous, partnership, each exploring her own leads in a case that, while tragic, becomes more predictable with each supposed wrinkle and stereotypical villain.

Despite Gardner’s considerable research into the foster-care system, her plot is a tired one populated with cardboard characters and twists any savvy reader will see coming a mile away.