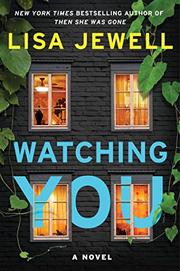 A young newlywed's life is upended, and a picturesque neighborhood is shattered, when she is suspected of a savage murder.

At the beginning of a new year, Joey Mullen moves back to England from Ibiza with Alfie, her husband, whom she hastily married out of grief over the death of her mother. Jack, Joey’s older brother, invites the young couple to move into his painted Victorian house in the upscale Bristol neighborhood of Melville Heights so they can get on their feet financially and help with the baby that Jack and his wife, Rebecca, are expecting. Joey quickly becomes infatuated with their neighbor Tom Fitzwilliam, a new headmaster charged with improving the local school. Her crush only intensifies when Alfie suggests having a baby, and Joey begins to suspect her marriage was a mistake. Meanwhile, Tom’s wife, Nicola, struggles to fill her days and remains oblivious to their son, Freddie, who regularly spies on his neighbors and the village's teenage schoolgirls, taking their photos and keeping a detailed log of everyone's activities. This surveillance exacerbates the paranoia and mental illness of another neighbor, the mother of 16-year-old Jenna, one of Tom’s students. Jenna’s mother is convinced that she knows the Fitzwilliam family from a vacation incident years earlier (and that the family is now stalking her), but Jenna is more concerned that Tom may be having an inappropriate relationship with her best friend. After several months, tension in the neighborhood explodes, and Joey is suspected of a brutal murder. However, as the police gather evidence, it becomes clear how many secrets each family has been hiding. Jewell (Then She Was Gone, 2017, etc.) adeptly weaves together a complex array of characters in her latest thriller. The novel opens with the murder investigation and deftly maintains its intensity and brisk pace even as the story moves through different moments in time over the previous three months. Jewell’s use of third-person narration allows her to explore each family’s anxieties and sorrows, which ultimately makes this novel’s ending all the more unsettling.

An engrossing and haunting psychological thriller.