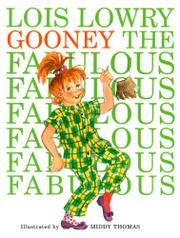 If Aesop met Gooney Bird Greene, what would result? Fabulous fables, of course. In her third appearance, Gooney Bird instigates a fun class project when her second-grade teacher reads them Aesop’s fables. Each student chooses an animal whose name begins with the first letter of his or her first name and then writes a fable about it. Personalities are revealed in each report along with home experiences and insecurities: Malcolm has baby triplets at home and repeats everything three times; Tyrone raps; Felicia Ann lisps. A black-and-white drawing in each of the 13 chapters offers bits of visual interest. Gooney’s outlandish outfits, take-charge (even bossy) attitude and boisterous spirit continue to be humorously likable—and fabulous. No doubt there’ll be a fourth; meanwhile, this one offers a clever writing exercise for a class. (Fiction. 7-10)