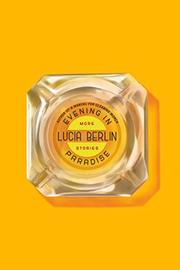 Berlin (A Manual for Cleaning Women, 2015, etc.) published 76 stories in her lifetime in a number of small-press books. Three years ago, a collection that reprinted 43 of them took the literary world by storm, with placement on top-ten lists and comparisons to Carver, Paley, Munro, and Chekhov abounding. (The book was also a finalist for the Kirkus Prize for Fiction.) Blessedly, a second volume with 22 more stories is in no way second rate but rather features more seductive, sparkling autofiction with narrators whose names echo the author's in settings and situations that come from her roller-coaster biography (which is summarized in an appendix). The stories are arranged in roughly chronological order, beginning with two set in El Paso, Texas, about a little troublemaker named Lucha, followed by three in Chile. In "Andado: A Gothic Romance," Laura's family is invited to spend four days at the country estate of a man named Don Andrés. Her parents can't make it, so they send her by herself. "Ted said his child would be coming, not a lovely woman," comments the former ambassador to France, one of the wealthiest men in Chile. "I'm fourteen," Laura replies. "I'm just all dressed up for this party." This information will not have much effect on Don Andrés' conduct. The title story takes its inspiration from the period when the author was married to Buddy Berlin, a jazz player and sometime heroin addict, and the two lived with their kids outside Puerto Vallarta. It features cameos by Richard Burton, Liz Taylor, Ava Gardner, and John Huston, whose appearance in that area during the filming of Night of the Iguana is legendary. Its lightheartedness is immediately balanced by "La Barca de la Ilusión," which finds its protagonist in a palapa with a floor of sand on the Mexican coast, home-schooling her boys, hoping that living in the middle of nowhere will keep her husband off drugs. (What she does to his dealer is probably fictional, but we'll never know.) For black humor and alcoholism, go straight to "The Wives," in which two exes of the same man get together to chug rum and reminisce, spilling drinks and burning holes in their clothes.

No dead author is more alive on the page than Berlin: funny, dark, and so in love with the world.