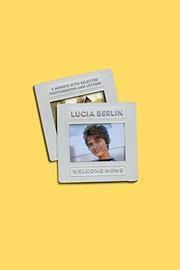 A Memoir with Selected Photographs and Letters

Tantalizing glimpses into the life of a recently-discovered writer.

More than a decade after Berlin (1936-2004) died, A Manual for Cleaning Women: Selected Stories was published, and she began to find readers (Manual was a finalist for the 2015 Kirkus Prize). In a biographical note that first appeared in Manual, Stephen Emerson writes that Berlin lived a "rather flamboyant existence." This book is certainly evidence of that. The first part is an unfinished memoir chronologically organized by the places she lived, with photographs from her son. It’s the story of a child, then woman, who lived an itinerant existence. Born in Alaska to a father who had to travel for work, the family moved to Idaho and then Kentucky, Montana, Idaho, Texas, and elsewhere. Berlin describes each home in exquisite, imagistic language, providing insights into how her unique writing style evolved. In Helena, a man’s cabin is “an unpainted hut, really, with windows that looked like eyes and a door that was a goofy crooked smile.” In a list of more than 30 of her residences, she crisply describes each—e.g., “House Edward Abbey had lived in. Only one burner worked. Filthy.” And later: “No catastrophe. So far.” A lengthy stay in Santiago, Chile, where she learned Spanish, went well, but her life was filled with hardship, alcoholism, drunken and addicted husbands, and money problems. There’s very little here about her reading and writing, but clearly, the life lived is the inspiration for her stories. The second part contains letters written from 1944 to 1965 revealing a conflicted, anguished young writer. Most are to friend and mentor Ed Dorn, the Black Mountain School poet. In college, she wrote Dorn about sudden ambitions, and in the same letter, “I’m just so fouled up.” In 1960: “I am so miserable. I have never been so afraid and unhappy….I believe…I am a writer…even believe that I am a good one.”

An excellent start to understanding a writer and her work.