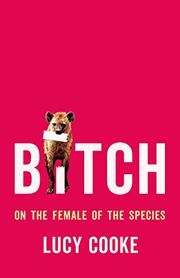 On the Female of the Species

A cheerful and knowledgeable popular science review of female animals.

For decades, writes British science writer Cooke, “studies of intrasexual competition focused on male competition for mates, and the combative potential of females was largely ignored by science. The resulting data gap on females then masqueraded as knowledge. It’s assumed females aren’t competitive, and theories are based upon that understanding—when the truth is we just haven’t been paying attention.” The author emphasizes that it was only at the end of the 20th century that women began to enter biology in large numbers. Many turned their attention to female animals, heretofore considered too boring to bother to study, and discovered that “true till-death-do-us-part sexual monogamy…proved to be extremely rare, found in less than 7 percent of known species.” A skilled journalist, Cooke has traveled the world to interview experts, most of them women, who have performed groundbreaking research and are unafraid to confront skeptical male colleagues. Despite deploring his Victorian sensibilities, Cooke remains a Darwin enthusiast, but she maintains that his later (and lesser known) theory of sexual selection deserves equal status with natural selection. Readers will receive a superb education in the evolution and mechanics of animal sex as well as countless colorful anecdotes describing bizarre reproductive behavior. Readers will find the familiar account of female spiders eating males as they try to mate, but there is much more to discover in Cooke’s fascinating pages: Almost all birds are monogamous, but it’s a social monogamy; 90% of female birds sneak away from the nest to copulate with multiple males, so a single clutch of eggs can have many fathers. Permanently attached to a rock, a barnacle possesses the longest penis for its size in the animal kingdom, but this is purely functional, enabling it to search for neighboring females. If there are no females within reach, as a last resort, the hermaphroditic creature fertilizes itself.

A top-notch book of natural science that busts myths as it entertains.