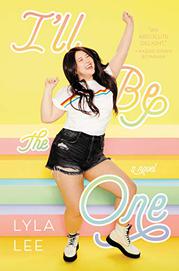 I'LL BE THE ONE

A plus-sized Korean American teen enters a K-pop competition in both the singing and dance categories.

It was a long time coming, but at 16, Skye Shin is finally comfortable with her size-16 body. But that doesn’t mean she’s immune from the microaggressions she encounters everywhere she goes. Skye does a great job describing not just what it feels like to be on the receiving end of hurtful bias, but also how her experiences have shaped her, given her strength, and taught her to love herself. When a K-pop competition show comes to Los Angeles, nothing will stop Skye from competing, not even her own immigrant mother, whose body-shaming comments border on abusive. The judges, however, are a different story. She’s going to have to work harder than she ever has before to prove that talent can outshine prejudice. In the process, Skye’s strength and talent make her an inspiration to K-pop–loving teens everywhere—including those in real life. Lee’s YA debut slathers on all the juicy drama, high emotion, and kick-ass performances you’d expect from a K-pop talent competition but also has quieter moments where true friendships and a swoony romance develop. While most of the cast, including the hunky love interest, is Korean or Korean American, there are competitors of other races. Skye and the boy she likes are bisexual, and there are queer secondary characters.

A fresh perspective on body image and K-pop? Jjang!