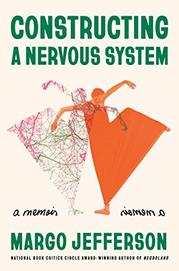 The Pulitzer Prize–winning critic and memoirist returns with an inspired and unstinting examination of American class, culture, and personal memory.

Jefferson, who won the National Book Critics Circle Award for her memoir, Negroland, moves beyond autobiography into a deeper excavation of music, literature, and personal memory, examining her role in American culture as both the influenced and the influencer. In Negroland, the author revealed the burdens of membership in a class of ambitious Black Americans, and she further details the impact on their children: “You were always calculating—not always well—how to achieve; succeed as a symbol and a self.” Jefferson escaped into music and literature, finding artists who helped her move beyond rigid family expectations. Among the musicians she praises are Billy Eckstine, Johnny Hartman, Bobby Short, Andy Bey, Nat King Cole, Bing Crosby, and Ike Turner. Jefferson also pays fervent tribute to Ella Fitzgerald, whose incendiary talent flowered despite abuse, neglect, and immersion in a brutally competitive musical culture. Upon first meeting her, bandleader Chick Webb dismissed Fitzgerald as “too ugly.” Three years later, Fitzgerald’s rendition of “A-Tisket, A-Tasket” propelled Webb’s band to the top of the charts. Jefferson brilliantly deconstructs Fitzgerald’s version of that tune and how it echoed the singer’s terrible years in an orphanage, and the author’s fire for “the redemptive tumult of the ’50s and ’60s” is palpable. A chapter about her disenchantment with Willa Cather’s The Song of the Lark due to its homage to White superiority is tinged with academese, and her meditation on Josephine Baker has a more distanced, elegiac feel and is weighed down by too many quotes. Nonetheless, Jefferson’s unique perspective and relentless honesty and self-examination ensure that there’s something worthwhile on every page. Devotees of Negroland will want to continue the dialogue with this top-notch writer.

A dynamic, unflinchingly candid examination of the impacts of race and class on culture and the author’s own life.