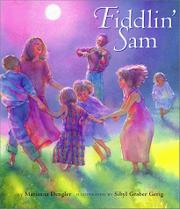 In a family memoir of the most affecting kind, readers are invited to a long-ago time in the Ozark Mountains and the story of a musician who owned “the clothes on his back and a fine old lionhead fiddle.” Fiddlin’ Sam is the inheritor of the peripatetic, minstrel’s life of his father, who taught Sam his art, saying, “This ain’t a gift, Son. It’s a loan. You gotta pass the music along.” Sam accepts the food that appreciative people give him, but politely refuses their offer of a bed. When a rattler bites him, Sam fears he has failed his calling; the music will die with him. In the feverish time that follows, someone takes care of him, a young man whom Sam hopes will take up the gift and carry it along—but the boy has other plans. In the years that follow, Sam meets another young man on the road who reminds him of the first one, and, indeed, is his son. Their path together lasts long enough for Sam to pass along his gift and its joys and burdens before he dies. An endpiece dedication allows readers to glimpse aspects of the story that are based in truth. A rhythmic refrain underscores the emotions of the story, and even acts as the vehicle of the ascension of Sam’s soul at death. Gerig’s watercolors deliver the scenic beauty of the region and carry their own version of a familial tribute. (Picture book. 4-9)